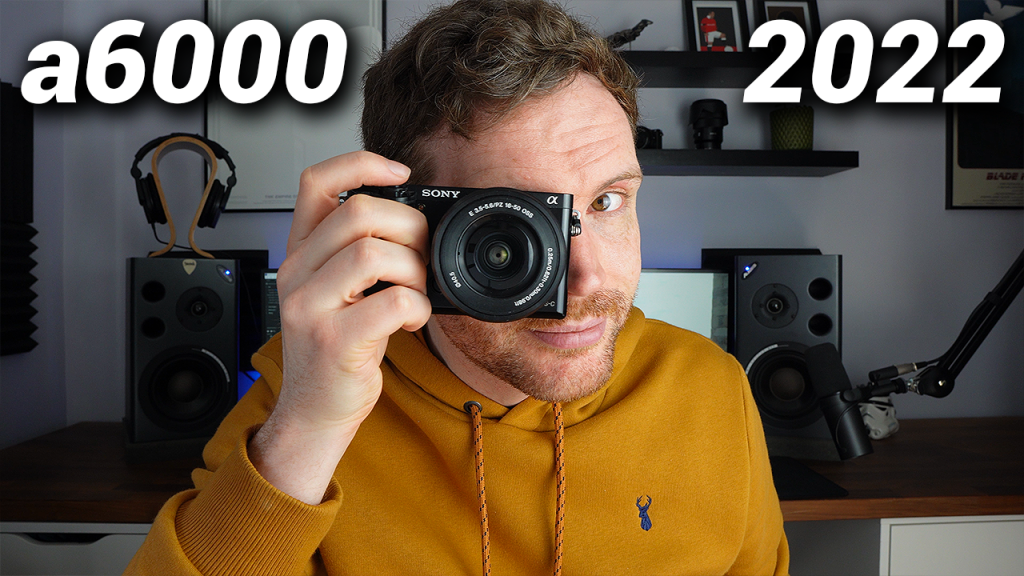 New camera prices are still a lot higher than you’d hope, and even second-hand cameras are way more expensive than they were a couple of years ago. So is an older camera like the trusty Sony a6000 worth picking up in 2022? Let’s find out.

The Sony a6000 is a mirrorless camera with an APS-C size and 24.3-megapixel sensor. This means you’ll get stills of 6000×4000 pixels, more than big enough for high-quality prints.

· Electronic viewfinder as well and a tiltable screen. Though the screen is not a touch screen.

· Shoot mode wheel and extra customizable buttons, which can be assigned to settings of your choice.

And in comparison to a lot of newer cameras, these specs are starting to look a bit out of date. Compared to newer Sony cameras, of a similar size such as the ZV-E10 which boasts a better autofocus system, has 4k support at frame rates upto 120 fps, the reasons to pick the a6000 are getting fewer and fewer each year.

But as you can imagine, getting hold of newer cameras also isn’t that easy and definitely more expensive, with the ZV-E10 likely to cost you around £650/$650. Meaning the a6000 could still be a good option, or if you already have one and thinking of upgrading, holding onto it for a little while yet.

The 24.3-megapixel sensor which is still very much comparable to newer cameras, despite the a6000s age. This means for photography the a5100 still holds up pretty well. A sensor this size means that you’ll be able to blow up your photography for printing and the detail will be sharp.

The range of available E mount lenses is a huge plus for this camera and is expanding all the time. And even though the 16-50mm kit lens that comes with the camera is ok, upgrading to a better lens, such as the Sony 18-105, can make the a6000 feel like a brand new camera.

The camera has an EVF, which makes me use this camera more than newer cameras, such as the Sony ZV-E10 as it gives it more flexibility, especially when shooting outside and in bright conditions. Just using a screen can be very difficult in these situations, and the EVF fixes that and makes it a much better camera for photography.

Also, the shoot mode wheel and custom buttons make it a great choice if you like to have things set up in a particular way. I often swap between shutter and aperture priority modes, so being able to do this with a quick click rather than going into the menus is a huge plus.

The 11 frames per second burst shooting is definitely a positive of this camera, great for wildlife and sports photography, and it means you hold down the shoot button knowing you’ll capture the exact moment you want.

The autofocus is still pretty decent on this camera with 179 autofocus points. This is fast and decent enough for the majority of situations. But compared to newer cameras such as the Sony a6600 which has 425 autofocus points, the a6000 is starting to get a bit dated in this department.

No 4k video as mentioned and no 120fps support puts it behind newer cameras.

I find the battery life poor compared to other cameras, and I find myself having to take extra batteries out with me if shooting for more than a couple of hours.

The screen, at 3 inches is a good size, but the articulation doesn’t allow for 180 degree flip up so if you need to monitor yourself you’ll need an external monitor, so not a great vlogging camera. Also, the screen lacks touch controls for navigating the menu or touch focus.

There’s no audio jack for plugging in a microphone, meaning you’ll either need to use a hot-shoe mic mounted on top or a separate audio recorder. And there’s no headphone port.

So if you’re looking for a camera with the latest and greatest features then the a6000 won’t be the right choice. But if you want a solid all-rounder which is compact and good for photography and video and has loads of good lenses available you can’t go wrong with the a6000.

And if you’ve already got one, Id always say upgrade your lenses before you upgrade your camera body, as you’ll likely see more noticeable improvements this way

DISCLAIMER: This post contains affiliate links, which means that if you click on one of the product links, I’ll receive a small commission. There is no additional cost to you.

iThere are no comments

Begin typing your search above and press return to search. Press Esc to cancel.